I’m stepping out.  Calling myself a blogger and going to a real bona fide blogging conference with hundreds of other women who rock the virtual community.  This is the first of my Bliss conference series of posts. Hope you have fun following along! 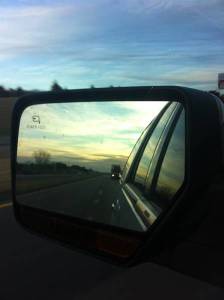 Leaving my western Oklahoma skies behind and heading east to catch a plane to Nashville.  These things always seem like a grand idea until it’s time to pry yourself away from the kids and the DH.  I just miss them when they’re not with me. :o(  Oh well, it makes me all the more determined to squeeze out every last bit of useful information and networking that I can from this experience.   Of course within twenty minutes of leaving I get a call the little E has thrown up six times.  The big boys bathed her and made her a pallet of towels, and she was fine.  They said something about her eating dirt. :0/  All was well, and now they know how to care for a puking toddler. (win-win)  They will make great dads and husbands someday… 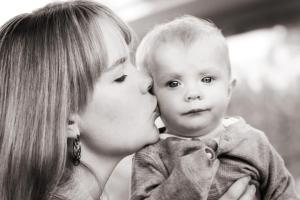 When people would ask me where I was going I kept saying, “Well, I’m going to a social media conference all by myself and meeting up with a bunch of people at a hotel that I met on the internet.” Sounds like a Lifetime mystery in the making, huh?  See the woman in the above photo? Well, via twitter we arranged to meet at the airport and share a taxi.  Just thought I would provide a pic of the last known person to know of my whereabouts. 😉 I thought her pic looked harmless enough…(actually she’s super nice and has a great blog called Not Enough Patience and Never Enough Jewelry.  Love that title.) 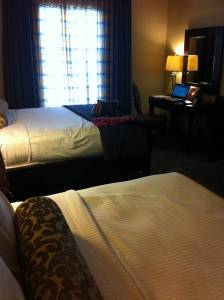 Wow!  A room all to myself at the beautiful Opryland Hotel, this is a first for me.  I think I should be able to get many words typed this weekend.  Hmmm…maybe one bed for lounging by day, and one for sleeping at night??? 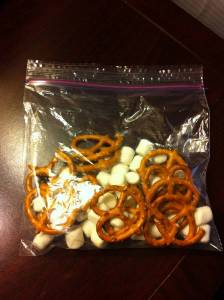 Lastly, a shout out to my youngest son Nate the Great.  He asked before I left if I wanted him to pack a snack for me.  I said, “Sure.” and he packaged up my favorite salty-sweet mixture.  He sent two, and I could not have been more grateful for this little bag upon arrival…famished! Thanks buddy!

Now it’s time to register and get this BlissDom 2012 party started!  I think the first four hours is shopping at the special Handmade Marketplace! Yep…lots of learning getting done here this weekend!  Later.